[Text nur in englischer Sprache verfügbar] Jon Bonk has been working in the Visual arts for over 10 years, and has too much experience to squeeze into this short intro. He has performed with everyone from Nosia and Bonobo to Afrika Bambaataa. Using his skills after working professionally in the A/V industry, he has taken his career to the next level playing massive festivals such as Identity Festival and Burningman. He always hypes the crowd with his engaging video onslaught, accompanying the music with a woven visual experience to rival no other.
He started off with video working with the notorious Glitch Crew, whom fellow VJ Zebbler helped curate and make world known. Due to his prowess both behind the screen and his technical skill, he was asked in 2010 to tour with world famous Shpongle for the National Tour. He came back with a whole new perspective of video and helped create the ShpongleTron for the next tour and plan his next move.
While in Boston he is resident VJ (5 years running) for the longest running Drum and Bass weekly in the USA, Elements.

He also is a Director of Firefly Arts Collective, a regional Burningman non-profit annual festival in Vermont. This year Firefly provided $10,000 to artists to create and display art around the country and the Firefly Festival.

He currently is also the curator for the Boston VJ Competition as well.

I will be traveling light, so will require power (120 preferred but not necessary) and a table. I will also require a projector and projection surface to be setup. I will be using a Macbook Pro and controller surface. If there is wifi I will also use an Ipad. 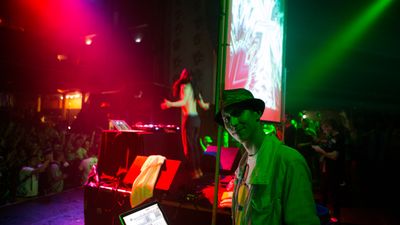 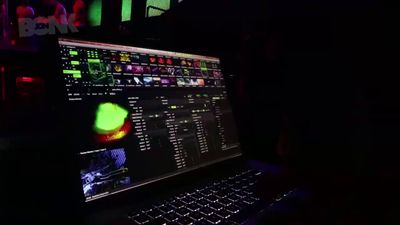