Tales of a Sea Cow 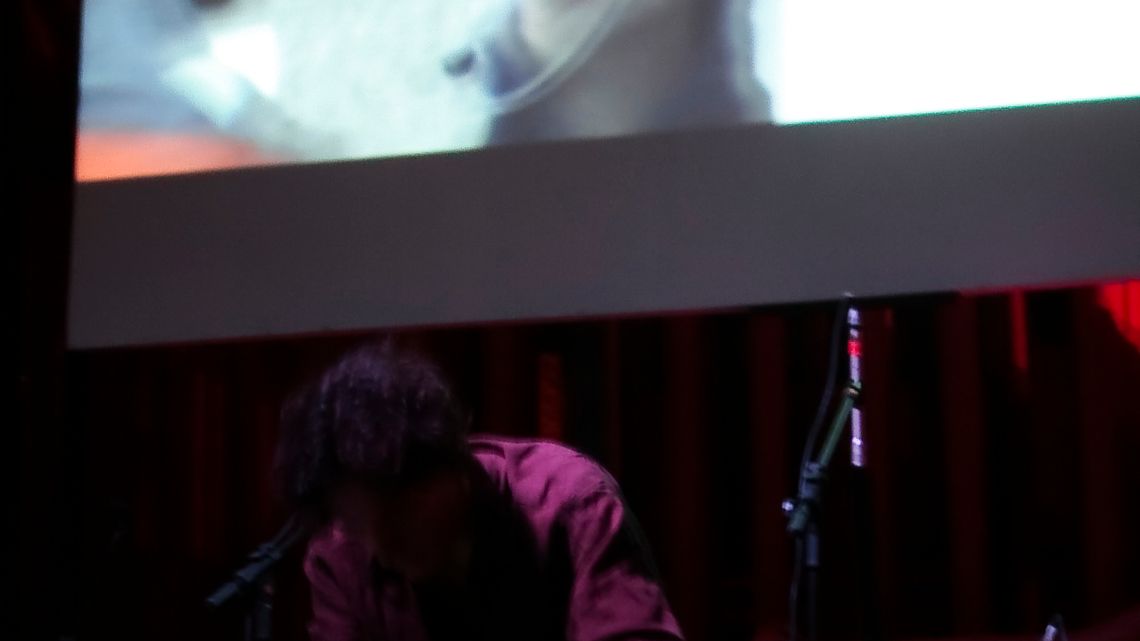 Told in the form of a parable, Tales of a Sea Cow is a audiovisual performance that describes recent scientific research which reveal new discoveries made after the first ever translation of animal thought: that of the now extinct Steller Sea Cow. The first decoding of animal communication — that of a 22 minute extract of sub-aquatic songs — into words and visuals has revealed an astonishing analysis of human society through our technological evolution. Observing the expansion of both the real and virtual worlds, the sea cow’s song is presented as a testimony.

We observe that virtual worlds are an interface, an alternate view of those crucial elements, which combine to create a society based on consumerism, advertising, mass media, social security and self-improvement.

The video, which is 25minutes long and shot in HD, is visualizing and interpreting the sea cow recording.

The video features two persons: a woman and a man. The man is watching a mirror while we see scenes in the eye of the woman: scenes from the past, the future?

The man is going away, he comes closer to a mirror, to finally cross it.

Using a mythical and symbolic element: the mirror, as a metaphor of the virtual worlds, it shows the human need to virtually duplicate himself, creating several digital extensions of himself, which can be understood as real illusions of consideration-recognition, or artificial dialog. Thus, the mirror is both a reminder of the virtual world as “replica”, but also as a tool, which distorts and affects our body-mind.

In this A/V performance, sound and the video are played live during a 25 minutes set, mixing organic and electronic sounds, noise and ambient bass guitar with cinematographic visuals. The video is controlled live and offers structures that can also be improvised: these different video sequences which can be considered as “loops” are building different narrations, which are interacting with the sound. Adding new sequences and improvising are not constituting a video remix of the original work, it is rather a questioning of the narrative structures of the video, and a fashion of showing this metaphorical work in an enlarged presentation in the context of a performance.

The performer stands in the middle of the stage, with the screen above and behind him.

No special diet for food.

For a Tech/rider drawing you can download it from there: http://www.etiennedefrance.com/TalesofaSeacowtechrider.pdf