Caricature of our times 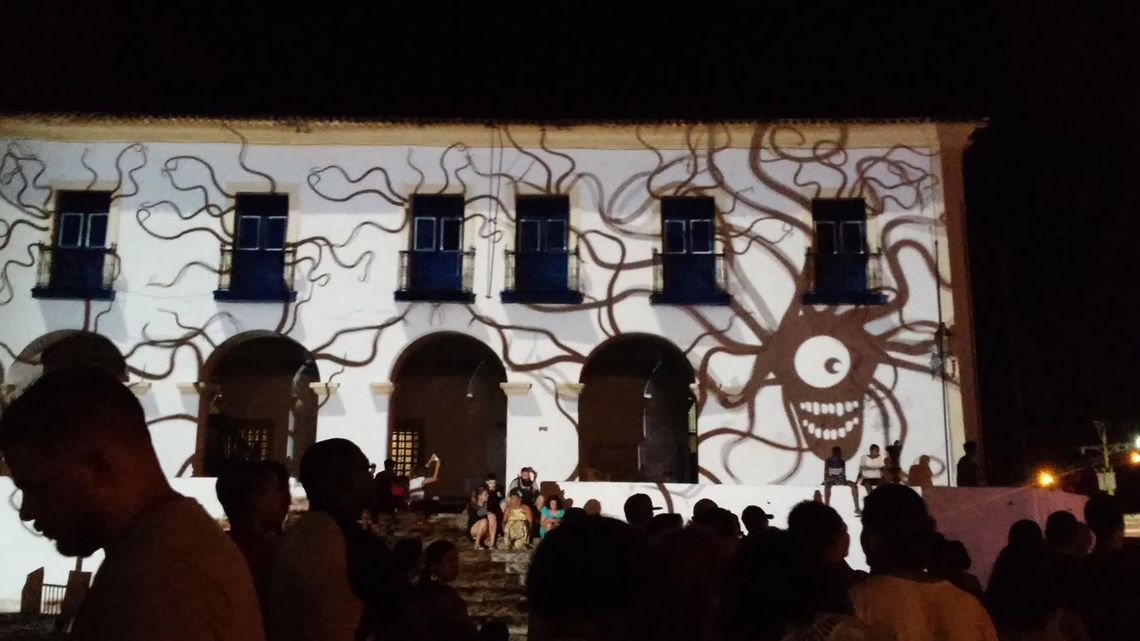 [Text nur in englischer Sprache verfügbar] The presentation is based on the works of the cartoonist Bruno Aziz, which characters are based on the afro-brasilian and native folklore symbolisms, they dwell between tropical and urban themes often pointing to political/existencial dilemas. The mapping working consist in animating all those character/elements bringing everything to life in a live performance where the creatures seen to lurk on the building walls. The proposal is to use early caricatures animations and create new ones based on the artist's perception of a foreign country.

The performance is accompanied by the sounds of Low Fi - Creative Processes is an independent cultural producer and record label dedicated to the promotion of experimental and avant-garde music since 2013, and featuring innovative projects involving diverse genres such as electronica, jazz, rock, free improvisation, classical 'new' music and contemporary art.

Bruno Aziz: Cartoonist, graphic designer, Illustrator editorial for 16 years.
PARTICIPATED IN THE LOCAL HQ PUBLICATIONS (DRAIN, ALL WITH FLOUR, CRAU AND BETTER OF 3), IN ADDITION TO EDITING FANZINE PLACEBO DURING THE 90s.
IS EDITORIAL ILLUSTRATOR OF THE MAIN BAHIAN NEWSPAPER “A TARDE” SINCE 2004. PUBLISHES WEEKLY THE DIRTY ROCK HITS AND THE FABULOUS ONE TWO THREE.
HAD HIS CARTOONS SELECTED IN THE TWO EDITIONS OF FIHQ DE PERNAMBUCO (2006 AND 2007) AND THE 2007 GREEK CARTOON SELECTION (THE CHILD OF THE FUTURE), PIRACICABA HUMOR SALON OF 2012/2014 AND WON HONORABLE METION IN THE INTERNATIONAL HUMOR HOUSE ECOCARTOON 2010 AND 2012.
In 2016 made a exhibition of digital engravings: Symbiosis

Projectors suficient to cover the whole structure. Connection from my computer to the projectors (HDMI). I will be using a MacBook Pro Retina with a matrox triple head in case of need. 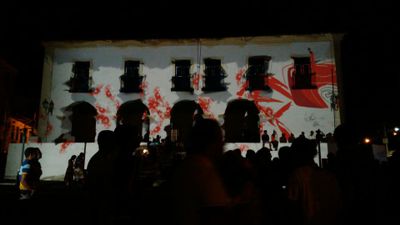 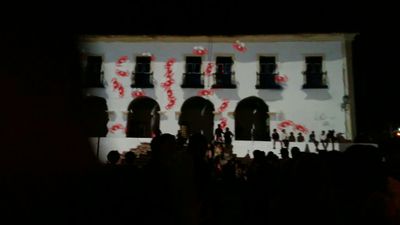