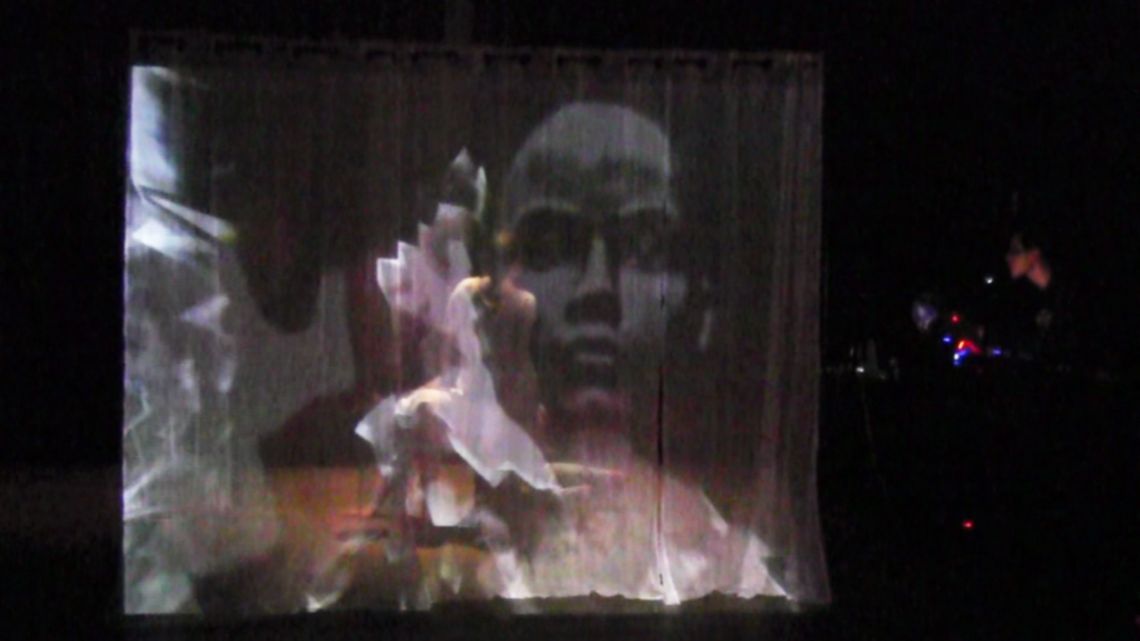 [Text nur in englischer Sprache verfügbar] http://www.l-experiments-digital.com/portfolios/side-by-side/
This is an augmented dancing and audiovisual performance by the L:ED collective dealing with existential doubt, inner universes and the ambiguity of the feelings. Side by side seeks to illustrate the interpenetration between the real and the imaginary by linking a performer and his image through a live recording of the performance projected on the space where the performer evolves.

This is an improvised live performance resulting from the encounter of two duets: Exomène and Dorianne Wotton for the audiovisual aspect and Blandine Laignel and Alexis Ochin for the bodily aspect, digital and physical merging together.

"I got lost in life. I do not know how or why it happened . But one day I woke up and I was there. Nowhere . It seemed unreal. I liked it. I found myself in front of me . "Side by side".
Many things, when they are real do not cause any pleasure. However, they succeed in the game of phantasms.
Many emotions, even troubling, can be a source of enjoyment.
So like children playing, we create an imaginary world that we take seriously. It endows large amounts of affect, although clearly separated from reality. But what is real? What is imagination? What if they found themselves "side by side" ?
It's like a dream. We mobilize our intuitive, creative, imaginative and contemplative capacities. It thus makes this dream a paradoxical means of access to an illuminated perceived reality both in its infinite lightness and absolute strangeness. To become "side by side" .

Confusion of time, space, colors and identities. Interaction with the self who is none other than me. Or my image. Disembodied. "Side by side"..."

In this piece Dorianne makes the video while I make the sound both reacting to each other and to the performers movements.
---------

These recent works as they tend to involve new partners and artists made them create this group in order to facilitate the emergence and the shaping of new pieces of art.

This group aims to facilitate the creation of new pieces of art (especially multimedia and digital), to promote and disseminate them.
So l:ed is open to every person and institution in order to facilitate collaborations between its members and the completion of their projects.

-1 projector (on front of the stage OR on the stage, in that case, we would need a Ultimate Short Throw lens)
-2 jack plugs
-sono: 2*150W (for a small room)
-lightning: a soft light behind the scene in order to light the performers
-space needed on stage: at least 12m² for the performers + 6m² for the DJ and the VJ.
-6 electrical outlets
-2 tables 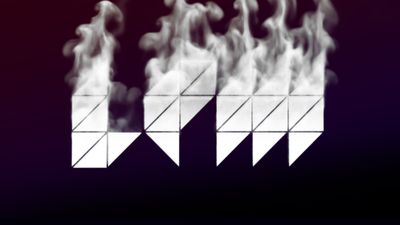 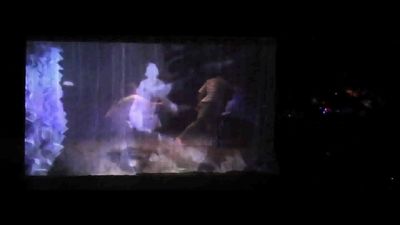 IRL side by side~1